Indeed it really does suck to be anyone who is not Kakie Pangilinan. The chi chi daughter of The Megastar Sharon Cuneta and so-so legislator Kiko Pangilinan is seen to be a deity of the “feminist” cause by Filipino wokedom. Even her opinion as an eleven-year-old on the impeachment trial of the late former Chief Justice Renato Corona in 2012 was seen fit to be given air time by Opposition newsletter Rappler considering her quaint journal on the then unfolding circus contained material that fit their narrative (and very likely their singular mission back then).

Kakie Pangilinan needs to check her privilege – Get Real Post

Indeed it really does suck to be anyone who is not Kakie Pangilinan. The chi chi daughter of The Megastar Sharon Cuneta and so-so legislator Kiko Pangilinan is seen to be a deity of the “feminist” cause by Filipino wokedom. 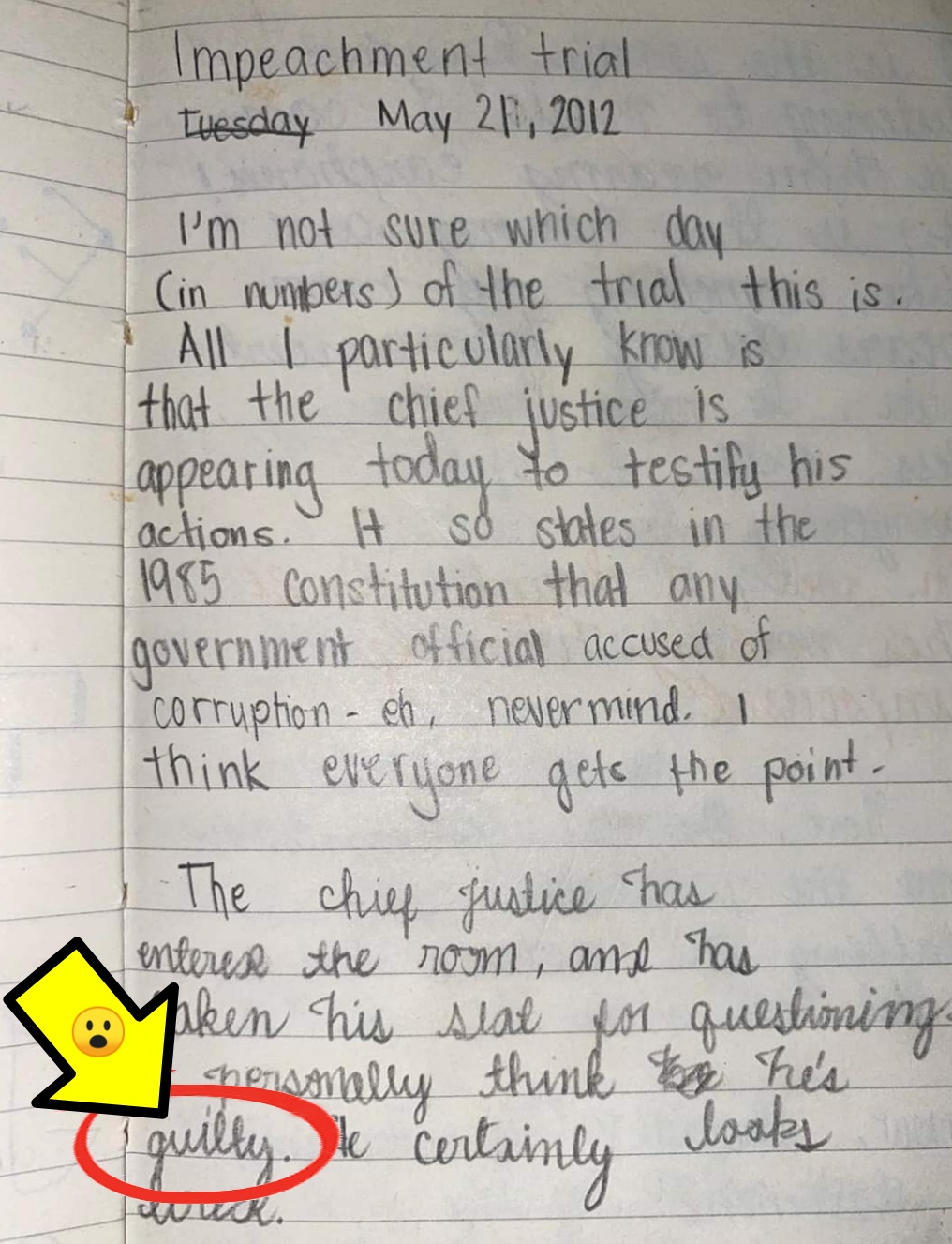 Hi, Kakie Pangilinan. Read your notes on CJ Corona that you saw fit to publicize. Here are my notes on your father: Sen. Pangilinan is a lousy lawyer who couldn’t even win as kapitan till he married your mom and exploited her popularity. He can’t hold a candle to your mom’s first and greatest love Gabby, who remains dashing until now. If I were 12 years old, I’d bitch-slap you and say F.U. for your rudeness to a dead, great man. Ate Shawie [Sharon], since the [Secretary of Justice Menardo Guevarra] is your friend, SUE ME! BRING IT ON!

Last week Pangilinan was embroiled in a social media scuffle with a Netizen (reportedly a certain “Sonny Alcos”) who allegedly threatened her online. This unleashed the wrath of her mother who went on a mega-rampage pulling strings of privilege along the way and, not surprisingly, succeeded in tracking down the culprit in just a matter of days thanks to her powerful friends. Cuneta earlier made clear in a tweet her intent and the means with which she would be effecting it… 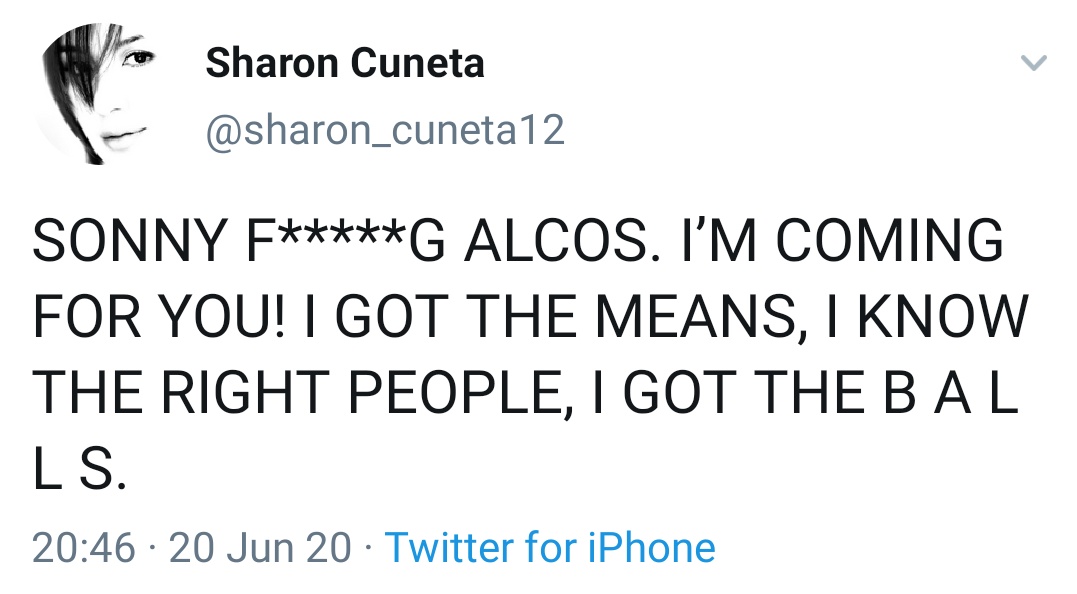 …the “right people” here of course being Secretary of Justice Menardo Guevarra. I know, right?

The swiftness with which the wheels turned on the behest of The Megastar is a clear case study of how things are done in the Philippines. It also illustrates the selective nature of “activism” in the country noting how supposedly communist groups like “women’s issues” mob Gabriela quickly side with the Cunetas’ privileged sort whenever convenient. 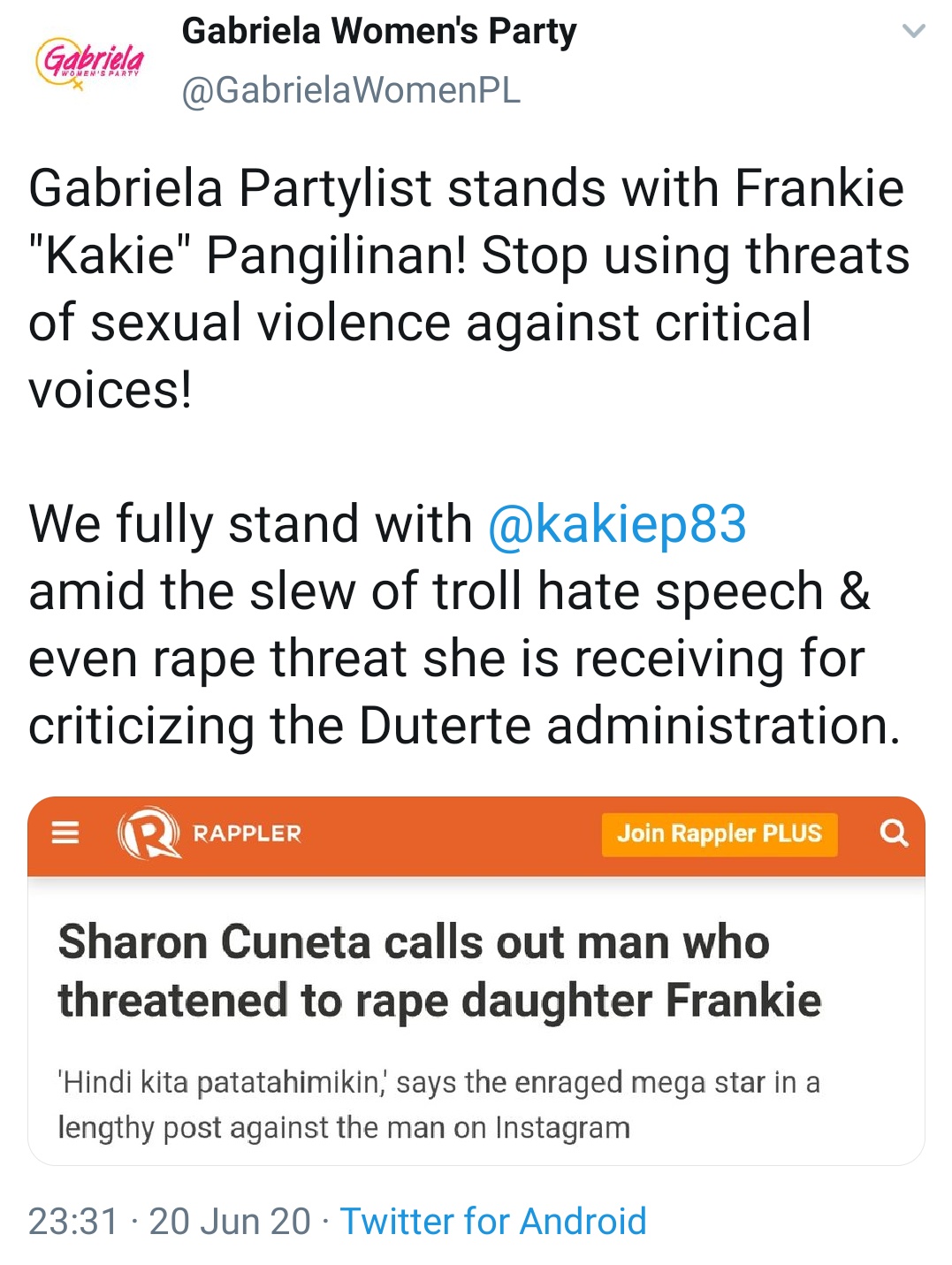 Funny enough, our comradettes at Gabriela seem to overlook Cuneta’s use of her friendship with an influential member of Duterte’s cabinet to make it all happen.

This all illustrates the whole problem with “activism” of the woke sort practiced by the chi chi Starbucks and private school crowd that the Kakie Pangilinans of this world represent. It results in the incoherent and, as such, electorally-unwinnable nature of today’s Opposition — a hodgepodge of shrill voices “united” only against a strawman of their own making, “stanning” for the latest trending social media “hero”, and not much else of substance.